Podcast 26: Dan John - the fear of the obvious 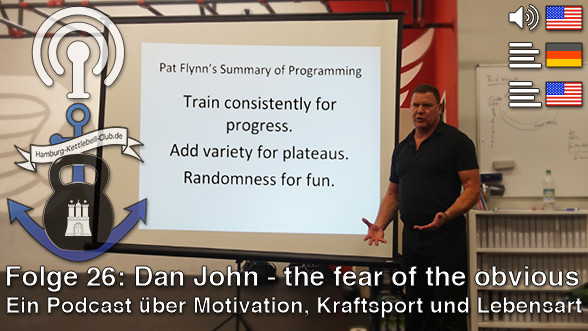 Dan John is a coach, discus thrower and weightlifter. He has participated in Olympic weightlifting, the Highland Games and Weight Pentathlon.

Now he is officially retired, but still has a lot of work to do. He loves his job - coaching - so he is still traveling around the globe to give workshops.

One of the important things in coaching, but also in his private life, is to teach people how to deal with tension. This means that everyone is able to build up tension and to release it. It makes you stronger as a human being.

In his opinion, people have been influenced by the industry so that they no longer want to believe that you can achieve your goals with the obvious things in life.

He will tell me now what the three most obvious things are that he would advise to everyone. 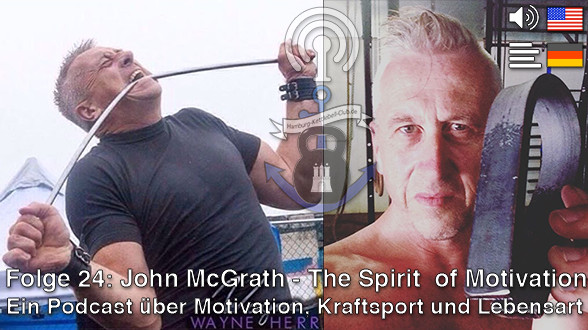 At the age of 14 he started with gymnastics, strength training, racing and rowing. Rowing has become his favorite sport and brought him to the most diverse places in the world. At the age of 24, he got a lower back injury. That was the end of his rowing career. With the flexibility and mobility of the martial arts he tried to rehabilitate. But it was not possible for him to get back to rowing. So, he stayed with the martial arts. Through this he came to many places around the world where he trained different martial arts, as for example Kombatan, Hapkido and Aikido.

For him, it is important that you learn things - such as the martial arts - from the people who have created them themselves, or know much about the origin of it. He has implemented this into practice. On his way he met many celebrities, who taught him a lot. Those were, for example, Grandmaster of Ernesto Presas (Kombatan), Grandmaster JI Han Jae - who was also the trainer of Bruce Lee, Slim the Hammer Man and Dennis Rodgers.

Today he is telling me more about his principles and how he masters his life journey with a lot of discipline and practice. 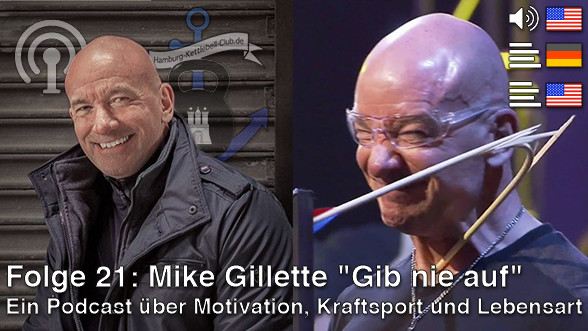 Mike Gillette has a fascinating personal background. His early childhood was marked by poverty and violence. He withdrew into himself and because of that felt very lonely, but he did not want others to know about his situation. As a teenager he took to drinking and used drugs. Even though he knew that he should take his life into his own hands and get himself out of this mess, he could not find the strength to do so. At age 18 he thought his life no longer had any meaning. He tried to kill himself with a mix of alcohol and pills. He survived - fortunately.

Soon afterwards he ran into an old female friend (his now-wife), and started attending church regularly. This left a lasting impression on him and encouraged him to change his life. He completely quit drinking and stopped using drugs.

But also the rest of his life changed for the better. He went to the U.S. Army. After he left the army he had many very interesting jobs and positions. He worked as a police officer, was a paratrooper, SWAT commander, anti-terrorism consultant, bodyguard of the Fortune 500 CEOs and a record-breaking strongman.

He is a motivational speaker, mind coach, author of several books and has produced videos.

Today he reveals how he became this amazing and remarkable person.

The former content is in the Categorie description above.